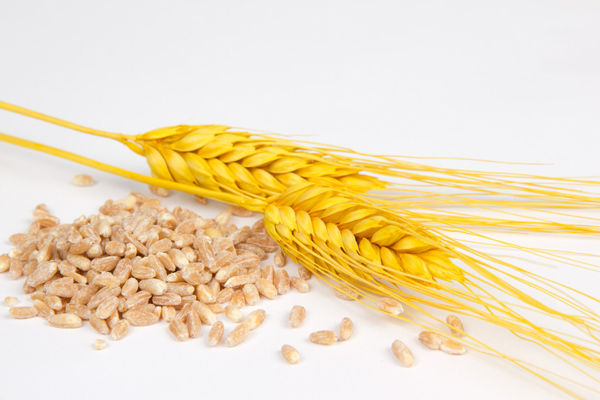 Did you know that an estimated 15% of British people suffer from some form of wheat intolerance. From bread to Weetabix, pasta to cakes, this means this condition is a part of daily life for many people.

Wheat intolerances are caused by sensitivity to gluten, a complex protein found in wheat and some other grains (e.g. rye barley, oats).

In addition, there are potential long term problems from this condition such as an increased risk of illnesses like diabetes, bowel cancer, anaemia and osteoporosis.

If you think this might be a problem for you, it is easy to diagnose. You can buy a detection kit, or get yourself tested by your doctor or at a natural health clinic. If the test is positive, treatment is simple - follow a Gluten-free diet. Typically, within a few weeks, even people who have had problems for years will find that their symptoms improve dramatically.

A far more serious problem is having an actual allergy to these substances. This involves a violent auto-immune response by the body, which will usually include immediate coughing, asthma, breathing difficulties, and/or projectile vomiting.

This life-threatening problem is, fortunately, rare, affecting less than % of population.

What are The Symptoms?

This illness, also known as Coeliac disease, has a range of indicators that will be different from person to person. Some of the most common ones include digestive complaints such as bloating, cramping and diarrhoea. However, these indicators are common to a range of digestive illnesses, such as an inability to digest lactose, and Irritable Bowel Syndrome, and therefore should be backed up by other indicators if Coeliac disease is suspected.

A more serious indicator is sudden and rapid weight loss and malnutrition. Malnutrition is most easily noticeable through rapid hair loss, and weak nails. Sufferers of Coeliac disease are malnourished because their bodies stop absorbing the appropriate nutrients. Sometimes selective nutrient deficiencies can be an indicator, even if they are not accompanied by gastrointestinal problems. If you exhibit these indicators, see your GP as soon as possible.

The sooner you see a GP, the sooner you can get a diagnosis and begin a safer, gluten-free diet. Coeliac disease can be fatal if left untreated, so if you suspect you or someone you love may be suffering, make a call today.

This digestive disorder is usually due to a combination of genetics and environmental factors. People with the disorder have immune systems which mistake gluten, which is found in most carbs and grain products, for an enemy, and mount an attack. This leads to irritation of the intestines, increased mucous production, and a lessened ability to absorb nutrients. In young people, symptoms of the disorder include sleep disturbance, reflux, loose stools and/or constipation, irritable disposition, respiratory problems and unexplained skin rashes.

If you suspect that your child has this disorder, the best thing to do is to consult your GP immediately. Your doctor will generally run a test for the problem, which involves removing foods containing gluten from the diet, and watching to take note if the symptoms disappear. If the foods are then reintroduced and the symptoms reappear, it usually indicates that your child suffers from this difficulty. Its then very important that problematic foods be eliminated from the young persons diet and replaced with substitutes.

Ask your GP about designing an appropriate diet for your child. Lastly, be sure to re-test your child with the help of your GP as they grow older, as the condition is often only present when the child is young and their bodies become able to digest gluten as they age.

So what options are there?

Yes most contain wheat, so the easiest way is to go for fresh meat and fish with no coatings.

For cereals and grains you can focus on Maize (corn), potatoes, rice, soya beans and flours made from all the aforemtioned. For avoiding wheat flour you can also look in supermarkets and health food shops for Wheat-free pasta.

Other cereals and grains include buckwheat, sago, tapioca, quinoa, gram (chickpea) flour and lentil flour. Beans and lentils are also wheat free so you can use in soups, humus, casseroles etc.

Stick to rice based puddings, or alternatively look for sago or tapioca. You can of course also choose jellies and sorbets, or fresh fruits.