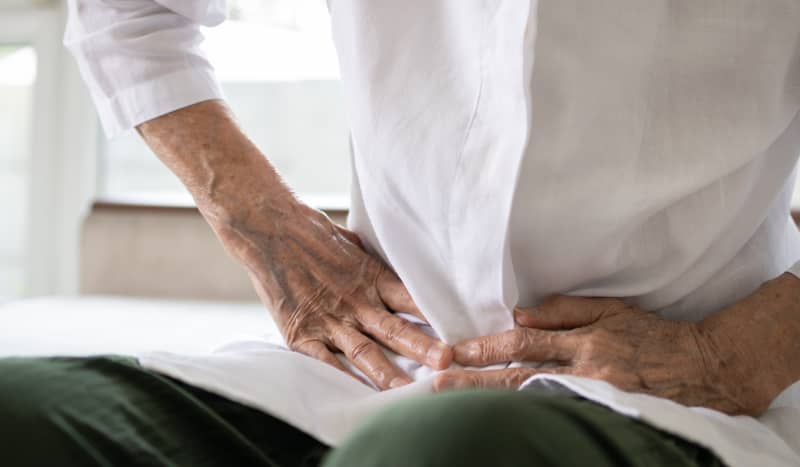 IBS affects many people and can be very painful. Here we examine what causes it and how it can be treated.

Most likely you have heard of IBS? Irritable Bowel Syndrome, to give it it's full name, is a digestive problem that usually causes cramps in your abdomen and bloating.

Usually Irritable Bowel Syndrome individuals will carry the susceptibility for years until presented with a trigger event. This trigger might be a reaction to a particular food or drink item, an illness, or a stressful event such as the loss of a loved one.

There is no one way to cure this condition. For some people, the key is to avoid particular foods or drinks that activate the trigger. Because sufferers have more sensitive intestines, sometimes the problem is not a particular food, but additives or preservatives within that food. Over time, sufferers get to know which items to eliminate from their diet.

Another way of getting rid of the symptoms is to work to remove emotional triggers, or lessen their impact. While this condition isnt actually caused by strong emotions, its often enhanced by them, so sufferers sometimes try to minimize their stress levels. Yoga and other forms of soothing exercise and alternative health practices have been found to help alleviate symptoms in some people.

If you suspect you might be suffering from this condition, its important to see your GP in order to rule out other more serious illnesses. Your GP can also give you advice about how to manage it.

Describing the main IBS symptoms can be quite difficult - not only are many of them are also common to other conditions, they also vary from one individual to another. Thus it is hard to know what precipitates an incident.

Recognising IBS symptoms is important, however, with up to 15% of the British population experiencing this unpleasant condition at least occasionally. To help you recognise this problem better, the main IBS symptoms are described below. They include:

While this condition is more of an irritant than anything else, it is still worth seeing your doctor to be sure that there isn't an underlying problem.

Following an IBS diet is one of the most effective ways of controlling the symptoms of this troublesome condition.

IBS diets are a good way for you to take control of this difficult and unpredictable illness - many sufferers have difficulty figuring out exactly what brings on their symptoms, but almost all attacks are due to eating something that negatively affects the GI tract and triggers a colonic spasm.

The IBS diet therefore focuses on avoiding foods most likely to cause problems. The main foods to avoid are those that are high in fat, caffeine, insoluble fibre, alcohol, and carbonation.

These are all either known stimulants or irritants to the GI tract, or can therefore produce violent spasms in the gastrocolic reflex. This can lead to the familiar and unwelcome symptoms such as constipation, diarrhoea, trapped wind and bloating - plus, of course, the pain that goes with them.

If you are uncertain what triggers your attacks, the worst culprits usually include:

By sticking to the basic rules and avoiding these foods, you will find it much easier to control your symptoms.