Home / Slimming Guides / A Review of the Atkins Diet Plan 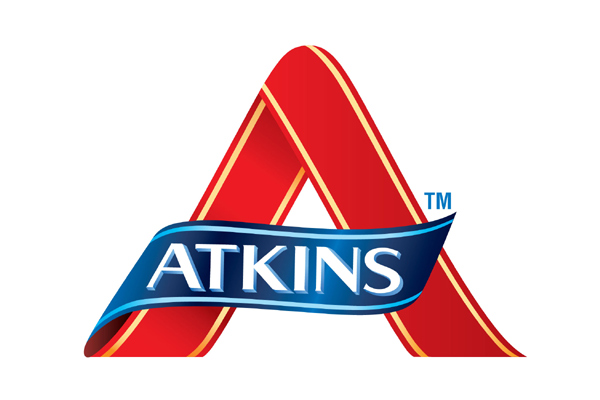 A Review of the Atkins Diet Plan

One of the world's best known diet programs. The Atkins diet is extremely popular, but more than a bit controversial due to the requirement for you to virtually eliminate carbs in favour of more protein and vegetables. Why not read our comprehensive and easy to digest review.

Did you know that the Atkins Diet is actually called the "Atkins Nutritional Approach"? This was classified as a fad diet in the 90's, but is it still relevant as a way to lose weight or rather manage your weight?

Dr Robert Atkins published a book in 1972 called the "Dr Atkins Diet Revolution". But it wasn't until the 80's that this nutritional approach started to gather pace and popularity.

What is the Atkins Diet Promoting?

The whole premise of the Atkins Diet is to steer clear of carbohydrates and concentrate on eating foods that are high in protein instead. This was, and still is, popular for weight loss.

If you want the science bit, the Atkins Diet 'Induction Phase' is ketogenic. This means your carbohydrate intake has been significantly reduced (to less than 20% of calorie intake) causing ketosis.

Ketosis means your body is being forced to use up fat stores, as opposed to carbohydrates, as the main source of energy. A by-product of this may well be some tiredness and nausea. By almost completely reducing your carbohydrate intake (such as bread, pasta and rice) and increasing the amount of fat (such as butter) and protein (meat, fish and poultry) that you consume in your daily diet, you burn calories simply through metabolism!

Are There Any Concerns?

The Atkins Diet led to some accusations of it encouraging people to give up fruit and vegetables, which are traditionally considered part of a healthy diet. The Atkins Diet has also been said to contribute to sudden fluctuations in weight that can put undue strain on the heart.

Some experts say that it doesn't put enough emphasis on balanced eating and controlling the size of portions. Although whether this is the diet itself or the fault of those who don't follow it correctly is open to debate.

The main focus of criticism has been on the drastic reduction in carbohydrate intake in the initial stages. Defenders say that the no carbs phase is only for a very short amount of time and that vitamins and minerals can be taken to offset any possible harm. The idea behind this period of intense restriction is to get your insulin production working properly again.

It's thought that high carbohydrate foods, such as white bread, cause the body to not respond properly to insulin, which helps controls blood sugar levels. Eating steak, burgers and cheese may not sound like an obvious way to lose weight, but many swear that it is effective as the body starts to burn fat as a source of fuel. This is why although you are taking in fat, it doesn't lead to weight increase because of the reduction in carbohydrates as an energy source. It's an idea that continues to spark a great deal of debate.

In addition, a lot of experts believe the Atkins plan does not enable people to learn about the basic principles of a balanced, healthy diet. A balanced healthy diet has been scientifically proven to help keep us healthy and disease-free.

Is The Atkins Diet Too Dangerous?

Is the Atkins Diet just a gimmick or a fad? Another media frenzy of PR to make us believe that miracles are possible? Is the Atkins Diet actually dangerous and harmful for you? It really does sound like the answer to many people's prayers. A few days of starving yourself of carbohydrates and feeling a bit nauseous and then you're losing weight!

According to official reports on the Atkins diet, it encourages you to eat as much as you want as long as you steer clear of carbohydrates. So instead of pasta, you can stuff yourself full of burgers instead. It's not quite that simple as you do need to ensure the meat you are eating is not packed full of saturated fat which causes heart disease. it is this potential high fat content component of this diet that has lots of nutritionists concerned. But there are also concerns that cutting the traditional "good for you foods" or fruit and veg, may leave you lacking in vital vitamins and minerals.

Fruit and veg also contains components, such as antioxidants, that are thought to prevent cancer and other diseases. There's also some evidence to suggest that low carb high fat intake over a long period of time increases the risk of developing kidney stones.

However, Dr Atkins Diet Revolution did reach number one on the UK's bestseller list so there are huge numbers of people who believe it has helped them shed unwanted pounds. The idea that you can get your body to burn fat as energy by cutting down on the carbs has grabbed the imagination of the nation and the debate continues to sizzle.

You will almost definitely lose weight on the Atkins Diet if you stick to it rigidly. However, the majority of your weight loss may end up coming from loss of water and muscle tissue, not fat, which unfortunately for long term weight management is what you need to be losing.

Was There a Law Suit?

An American businessman, called Jody Gorran, took out a lawsuit against Atkins Nutritionals Inc, the company behind the doctor's original diet. The basis for Gorran's law suit was his claim that the Atkins diet raised his LDL cholesterol levels to the point where he needed heart surgery.

After two years on the diet, one of his coronary arteries had become nearly completely blocked. He blamed the diet for his problems and the law suit was brought on the basis that he should be compensated for the damage to his health.

He also wants warnings that advise people of the risks of following a low carbohydrate diet to be placed on Atkins' books, website, and other products.

The problem according to Gorran is that the diet encourages people to eat meat products, which may be high in saturated fat. Saturated fat is thought to raise cholesterol levels, which in turn block up arteries increasing the risk of heart attacks and strokes.

On its side, the company has said that Gorran is backed by a radical vegetarian group and this is what lies behind his objections to the diet. While admitting that up to a third of people are particularly sensitive to fat, they claim that studies have shown the diet is not dangerous if followed correctly. They also say that limiting carbohydrate intake and increasing the amount of protein and fat in your diet not only helps you lose weight, but also is good for your overall health.

Is it the Only Low Carb Diet?

Examples of other famous low carb diets include the Zone Diet, the Scarsdale Diet and the Ketogenic Diet.