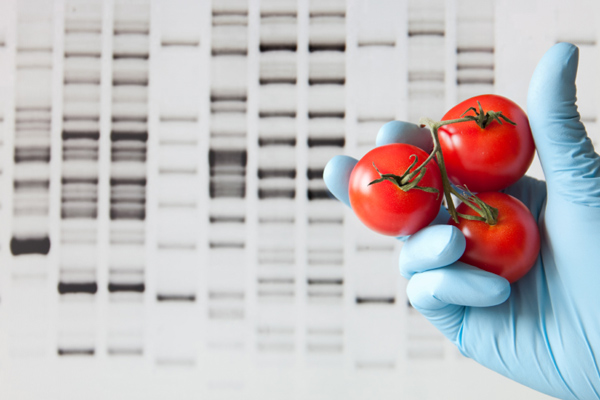 Are GM Foods for You?

There's been a lot wirrten about genetically modified food in the recent years, but what do we really know abtou GM foods other than the scare stories? Get a basic grip on what it is and why it could affect the foods we eat!

In recent years, GM foods have been the centre of much controversy as this new method of producing larger, faster or resistant plants and animals have been thrown into the limelight. GM food stands for genetically modified foods or genetic modification in foods.

So What Does GM Actually Do?

Genetic modification is a technique used to change or insert genes into organisms which are made up of DNA. It is performed by altering DNA or by introducing genetic material from one organism to another. For example, genes can be introduced from one plant to another, a plant to an animal or an animal to a plant. This has been the basis of much debate.

GM foods are being constantly produced by people trying to engineer plants and animals to maximise the growing and selling potential of each. Genetic modification allows plants and animals to be produced with specific qualities or lacking other characteristics which are more difficult to produce using traditional methods of breeding.

What Benefits Are There with GM Foods?

People try to breed animals and plants to develop certain qualities or avoid others when producing GM foods. Some of the worlds major food crops have been selected over a long period of time in order to make them grow larger, faster and have better flavours.

For example, herbicides are used to kill weeds in fields of crops but can also negatively affect the crops that they are intended to protect. By using genetic modification, a gene with a particular characteristic can be introduced into a plant, such as resistance to a specific herbicide. When the same herbicide is used, it will no longer have a negative affect on the plants but provide adequate protection against the weed.

The European Food Safety Authority (EFSA) regulate genetically modified foods intended for sale in the European Union. Safety assessments are carried out in accordance with the Genetically Modified Food and Feed Regulation (EC) No. 1829/2003. final decisions for authorisation still rests with Member States who vote on each food. The European Commission decide if a conclusive vote cannot be reached, even aft the Council of Ministers have voted.

Novel foods are defined as foods or ingredients that don't have significant history of consumption within the EU prior to May 1997. in the UK, the Food Standards Agency (FSA) is advised on Genetically Modified and Novel foods by an Advisory Committee on Novel Foods and Processes (ACNFP), an independent body of experts.

The FSA board determines if GM foods are sufficient for approval as being as safe as non genetically modified foods and pose no additional health risks to the consumer. Each food is assessed for safety. This involves toxicological, allergic potential and nutritional testing, prior to approval for marketing.

With Governments keen to promote the use of GM foods as safe to consume there are many benefits to having carefully modified organisms. This includes crops resistant to insects and so no use of insecticide, increase vitamin yield from a crop and more.

However, with little or no long term knowledge of what may happen to crops, foods and human consumption, the jury will be out on this for a lot longer. There will always be naysayers that disapprove of us meddling with the basic building blocks of organisms, but with the world population increasing year by year, we may have to turn to a solution like GM to meet the demand.

What is Genetically Modified Food - wikipedia.org