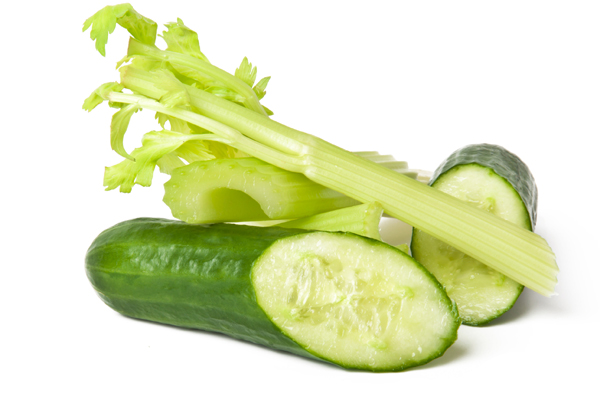 Celery may look like a fairly harmless item in your salad but many believe it really is a wonder food. Here we examine just what the humble stick of celery can do for you.

It might seem like a bizarre question but is celery a wonder food? There's quite a lot of evidence to suggest that it is.

The Arguments for Celery

While celery might not seem a wonder in itself, being a rather nondescript green vegetable, it contains many secret powers. Although most nutritious when eaten raw, celery can still work as a wonder food when cooked. The greener it is, the more of those magic vitamins and minerals it will contain.

For a start, its very low in calories so its not going to go to your hips. All vegetables do contain some calories so it's not a miracle in the sense that digesting it is unlikely to burn more calories than the stalks themselves contain. However, as it contains a high amount of water and fibre and low calorie content, you're likely to feel full long before youre in any danger of gaining weight.

The Benefits of Eating Celery

You can eat as much of it as you like but its been suggested that four stalks a day can really help to relieve high blood pressure. This was a traditional treatment for the condition in Vietnam.

Its also thought to contain eight different types of compounds that help to prevent cancer. Its known to be an excellent source of potassium as well as other vital minerals and vitamins, including Vitamin C. In addition, it has been used to treat arthritis.

There are even those who claim it can act as an aphrodisiac by boosting your libido.