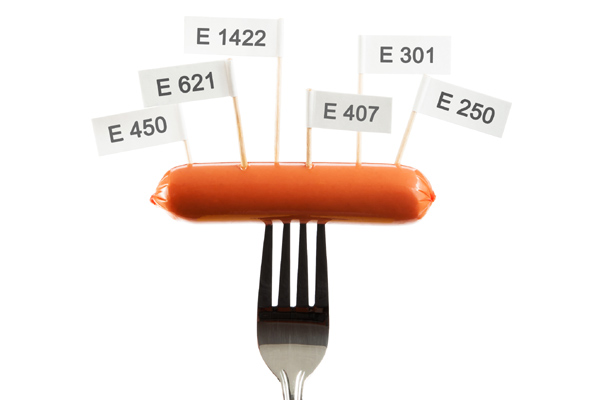 As a standard, food additives come in many different forms. Some of the best known include preservatives, colours and flavours, such as sweeteners. Commonly also referred to as "E Numbers", some have quite profound reactions on children, whilst many are not great for your balanced diet.

Food additives are generally considered to be any substance added to food to help it maintain quality, taste, and texture. These chemicals have grown enormously as part of the Western diet as we consume more and more processed food.

While food additives help to preserve food and reduce the chances of food poisoning from eating what is no longer fresh, they are also thought to potentially cause harm to our bodies.

Is There a Negative Impact on Our Bodies?

There is considerable debate over how much of a negative impact the different chemicals added to foods can have. While the Food Standards Agency (FSA) points out that all these substances must pass scientific tests to ensure they are not damaging to human health, others continue to express concern over their effects on certain people. Some are thought to cause hyperactivity in children.

Hyperactive children typically have short attention spans as well as being excitable and aggressive. The causes of hyperactivity are not fully understood but some research has shown that changing a child's diet can, in some cases, help to solve the problem.

Other reactions to preservatives that have been reported include asthma and other allergic reactions.

The debate is complicated by the fact that not all of us respond to either natural food or chemicals in the same way. If you know you are sensitive to allergies, its probably worth paying attention to what has been added to your food. Also, while processed food is not necessarily harmful, its important to include some fresh food in order to have a balanced diet.

Food additives include preservatives, flavourings and colours, which are used to enhance the look of food or lengthen the amount of time it remains safe to consume. While some experts point out that these help to avoid the dangers of food poisoning from produce that has gone off, others question whether the amount of chemicals added to our food has got out of hand.

By law, their presence has to be listed in the ingredients of products. While E numbers have passed scientific tests intended to prove they are not harmful to human health, there is still considerable debate over whether they can have negative consequences.

Some people suffer from allergies to certain additives and knowing which e numbers to watch out for can help you to avoid the ones that don't agree with you.

What Exactly Are E Numbers?

E Numbers are simply codes for additives that have been passed (for safety) by the EU. The E originally stood for European Community, which is now known as the European Union.

Some food additives have been accused of causing hyperactivity in children while others of increasing the risk of developing cancer. The amount of danger involved is quite difficult to prove as different people can react differently to different chemicals.

It's generally worth paying attention to what you are consuming, however, so that you can strike a balance between what's natural and what's artificial in your diet.